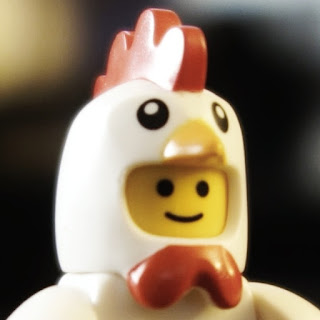 To mark the end of February & Black History Month I figured it would be good to reflect on things by taking famous MLK quotes and re-interpreting them from the perspective of Indian parents. While MLK was inspired by Gandhi some of the similarities may end there...
MLK: "Our lives begin to end the day we become silent about things that matter.”
Desi: “Be silent about things that matter to you.”
MLK: “We must accept finite disappointment, but never lose infinite hope.”
Desi: “We reject the infinite disappointment you bring us"
MLK: “If a man is called to be a street sweeper, he should sweep streets even as a Michaelangelo painted, or Beethoven composed music or Shakespeare wrote poetry. He should sweep streets so well that all the hosts of heaven and earth will pause to say, 'Here lived a great street sweeper who did his job well'...”
Desi: “I am not understanding this.”
MLK: “In the end, we will remember not the words of our enemies, but the silence of our friends.”
Desi: “Silence your friends”
MLK: "Intelligence plus character- that is the goal of true education.”
Desi: “The goal of true education is to be a doctor”
MLK: "If you can't fly then run, if you can't run then walk, if you can't walk then crawl, but whatever you do you have to keep moving forward.”
Desi: “Why didn't you get 1st place?"
MLK: “Nothing in the world is more dangerous than sincere ignorance and conscientious stupidity.”
Desi: “Nothing in the world is more dangerous than sincere ignorance and conscientious stupidity.”
MLK: “Injustice anywhere is a threat to justice everywhere.”
Desi: “A social mis-step anywhere is a threat to our community standing everywhere”
MLK: “There comes a time when silence is betrayal.”
Desi: “Children are to be seen, not heard"
MLK: “I have a dream that one day little black boys and girls will be holding hands with little white boys and girls.”
Desi: “We have a nightmare of you holding the hands with anyone in plain public until you are married”
MLK: “No person has the right to rain on your dreams.”
Desi: “We will tell you your dreams when you are old enough."

look! I made a meme! 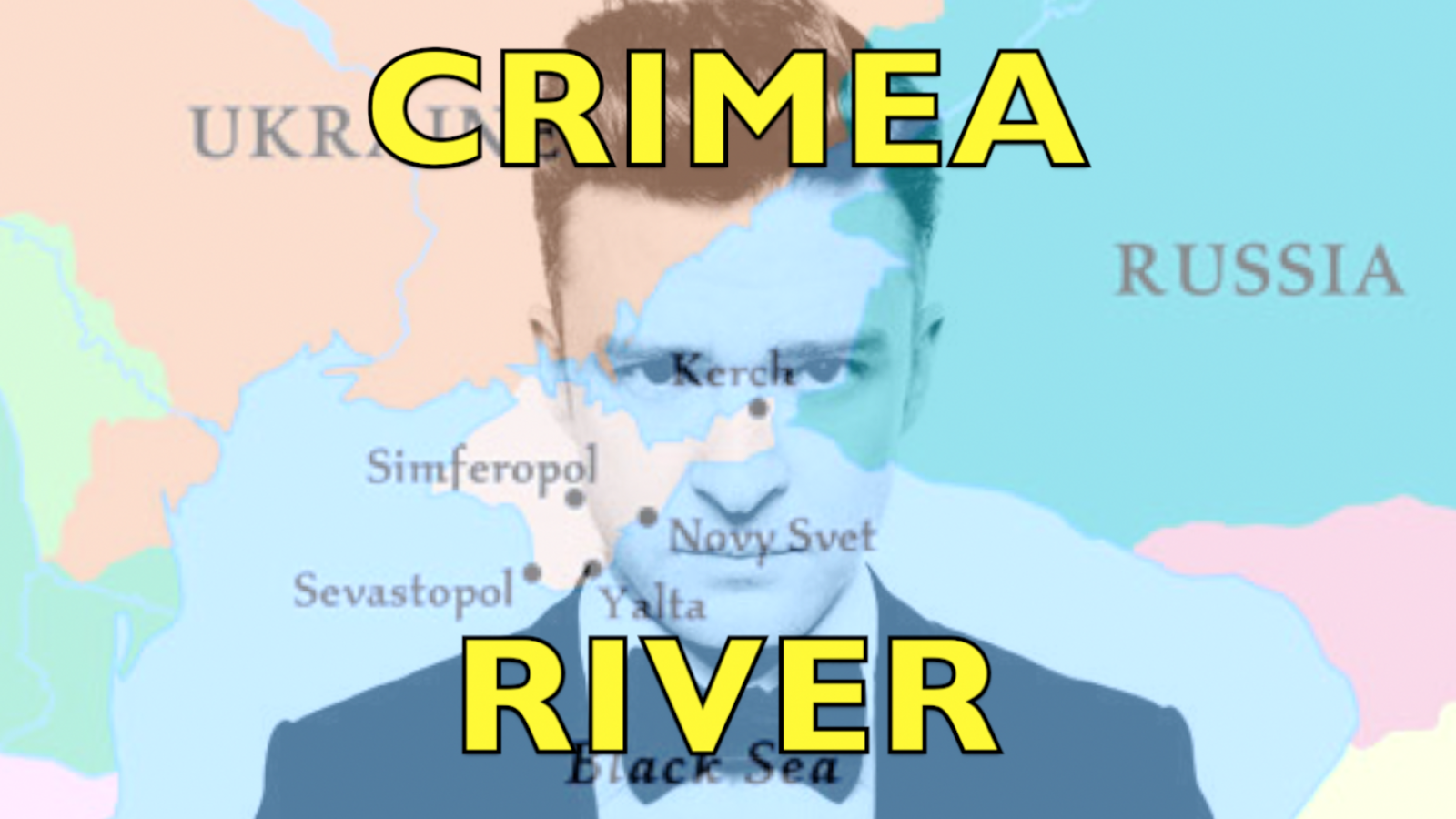 [to the Top of the Blog!]
Proclaimed by Shakes at 4:01 PM No comments:

I'm not saying they look alike or anything but doesn't this month's Rolling Stone Dylan cover pic have a mild similarity in feel to last month's cover shot? I dunno if there's an underlying theme or statement at play here (youthful innocence lost?) but I can't be the only person to think this...right?

Proclaimed by Shakes at 11:11 PM No comments:

Another mix for the first time in a while... Enjoy!

Proclaimed by Shakes at 11:35 PM No comments:

The fact that I just bought this book at the Seminary Co-Op Bookstore while back on campus at the University of Chicago summarizes a lot about who I am and where I'm going..

On one hand it shows that I do have an interest for academic things that are a bit outside of normal readings. On the other hand the manner I have to brush up on Kant is completely against everything I learned: depending on secondary sources.

Moreover how can a 100 page skinny little book do any justice to the topic?!

Sure I have Kant's Critique on Reason at home, but that will just take too long to sort through. Bite size fortune cookie summaries for me please.

- Posted while wandering about

Proclaimed by Shakes at 1:21 PM No comments:

Over the years I’ve written about a lot of random things from spotting Indian people in the wild to music thoughts – some years I’ve been more consistent in writings, and others well, let’s just say less so. But the one posting which has gotten the most hits bar none is my one I did a few years back on Indian superstar music sensation Reggie Benjamin. Now the posting highlighted the fact that he was really not the entirely robust on talent…. And moreover the he may be a borderline fraud. The comments however have taken a life of their own. Look I’m not exactly cnn.com that gets a bagillion comments to each asinine posting so I think 50 comments is a pretty good hit ratio. And what’s even better is that there is a regular trickle of a comment or two every month or so. Good times all around.
Now just for a moment stop being a selfish bastard and put yourself in my shoes . Everyday I putz about my regular life and my inbox gets a periodic interruption from a notice from blogspot that someone how commented to an posting I wrote 6 years ago. Now I don’t look at the ol’ blog every day but the random reminders that I have one is helpful. With the recent comments – all of which center on him being a fraud and/or terrible looking - I’ve gotten more blog reminders than normal. So it’s funny to think that perhaps Reggie Benjamin’s awfulness has both (1) brought together a hodge-podge of random readers who hath been wronged by him and (2) pushed me back into writing.

So with that I think it was only apt that I do something proper with Reggie Benjamin that was more insightful than simply writing about what I think of him… no no no, I need to go big. I need to interview Reggie and I’m going to figure out a way.

This is classic…. So there’s a long online article about a writer’s view that on this Independence Day India should do something about its distinct lack of toilets in the country
http://zeenews.india.com/blog/29/blog857.html

*The writer starts out rather innocently:
“Every morning Mamata didi (I call her didi), who washes dishes at my place, picks up a canister of water and heads to a nearby meadow to attend nature’s call. No, no, I am not reciting any story but, this is a stark truth that she told me a few days back. Out of oddity, I further asked her as to why does she defecate in the open? To which she giggled and humbly replied that she does not have a toilet at her house. It was eccentric for me as she has been dwelling and working in India’s capital for over fifteen years now, but still does not have a toilet in her house.”

*From this she goes on to speak of some startling facts:
“A report by the WHO and the UNICEF that showed India in a poor light says that India has a shocking number of 58% of all people who defecate in the open. China and Indonesia share the second place with just 5% of their population not having toilets. Pakistan and Ethiopia are third with 4.5% such people.”

*And then spends the balance of the next page talking about the social and health impacts:
“…when this waste flows down to rivers and lakes during the time of rains, the urban India receives the same contaminated water. Now, this contaminated water spreads various water borne diseases such as diarrhoea and cholera”

*She tries to then end this piece on a positive note:
“Sikkim has become the first ‘Nirmal Rajya’, i.e.100 percent open defecation-free state in the country with Kerala and Himachal Pradesh following the same footsteps.”

*And concludes with the patriotic:
“So, this Independence Day, let us be free from the shackles of our ‘old and burdened’ habits and make India a heaven where every child and adult is ‘healthy’."

…after all this I cracked up when I read the first comment to this impassioned article. I was expecting someone to write about how the writer was correct in putting a spotlight on this important issue or better yet some well thought-out rant against the government, instead I got this from a reader named Jason in Punjab

“how about letting Mamata didi use your toilet?”

Proclaimed by Shakes at 10:07 AM No comments:

Shakes
You want weird thoughts, you got it